In July 2017, I went with three of my close friends from Manila for a big Northeastern Luzon Road Trip visiting provinces in the Cagayan Valley Region as well as the Cordillera Administrative Region.

And I guess Kalinga Province in the Cordillera Mountains was the most difficult yet nevertheless very enjoyable part of that road trip. 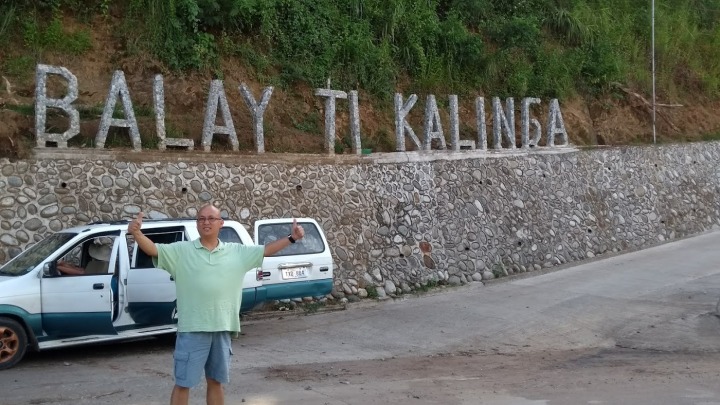 There were plenty of lovely and relaxing rural sceneries.

But there were also plenty of dirt roads to drive through…

…as well as undercuttings of overhanging cliffs to go through while it was raining. 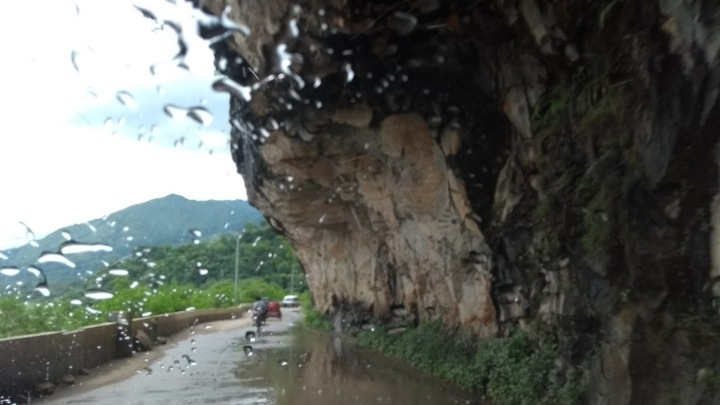 We eventually made it to the capital town of Tabuk and went straight up the hill to the Kalinga Provincial Capitol. The Capitol grounds were clean, expansive and well-laid-out.

But what struck me more was the focus on developing the tourism industry. 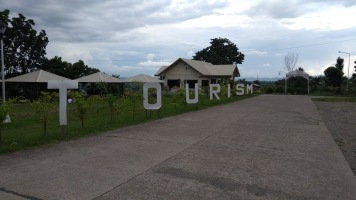 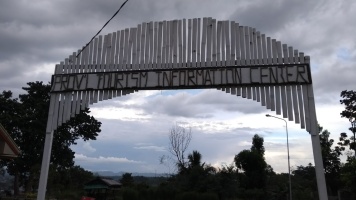 We went inside their tourism office and we were welcomed in a very friendly and informative manner by the staff.  They had an elaborate display of the tourist attractions and artifacts of their province.

They explained that aside from farming, tourism has indeed become a big focus. And with coffee farming having a renaissance, these two industries are combined in Kalinga. I bought this special Kalinga Brew Kape di Mutit from the tourism office.

They also took us to the back verandah for an awesome view of the town of Tabuk.

I was able to take this panoramic photo of Tabuk…

Kalinga used to be part of the bigger Kalinga-Apayao Province. It became a separate province from Apayao in 1995. The Isneg or Apayao people live along the banks of the Apayao-Abulog River whilst the Kalinga people depend so much on the Chico River.

The Chico River which straddles the Cordillera Mountains cuts through Kalinga Province before it flows down to join the Cagayan River. Here is a tiny portion of Chico River that we drove past in Tabuk. 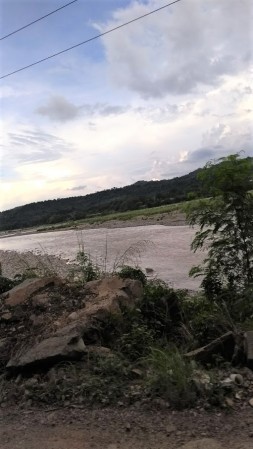 Kalinga Province has a lot more to offer the discerning traveler. I’d like, for example, to ride on top of a bus or a jeepney… for a breathtaking perspective of the mountainside as a well as to literally take breaths of fresh mountain air.

I’m also seriously considering visiting Kalinga once again to get my first tattoo from the legendary Whang-Od in Buscalan, Tinglayan. She is the last and oldest mambabatok (traditional Kalinga tattoo artist) who is more than 100 years old. Buscalan is very far and hard to get to but I’m sure it will be worth it.

The Chico River Rafting Adventure should also be a lot of fun. As long as the river is not severely degraded or exploited. In the 70’s, the Chico River Dam Project for generating electricity was abandoned through a resistance led by the local chief Macli’ing Dulag. But now a new Chico River Irrigation Project seems to be underway. I hope this will truly be beneficial to the Kalinga people.

Fit and Over Forty