The Province of Biliran is an island province that includes other smaller islands in close proximity to the main island of Biliran.

The main island of Biliran is connected to the Province of Leyte via bridge-causeway called Biliran Bridge which was opened in 1975. But Biliran Province was not established until 1992 when it was declared a separate province from Leyte.

I was here in July 2017 with my nephew Jethro who lives close-by in Ormoc City in Leyte Province. It was literally a day-trip from their place as we travelled north to cross the Biliran Bridge and straight to my routine of visiting the Provincial Capitol. 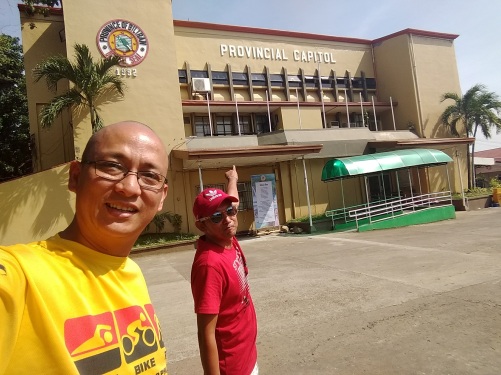 And here are the words of the Biliran hymn, officially launched in 2012, proudly proclaimed on a stand in front of the Capitol Building.

The Capitol was in the semi-urban capital town of Naval… 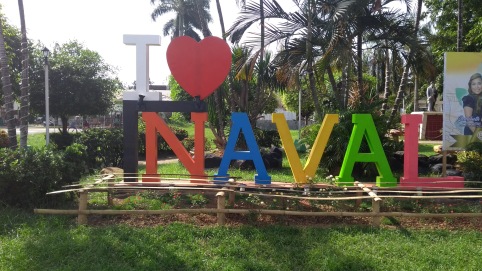 …and not far from the Capitol was Naval’s own Municipal Hall. 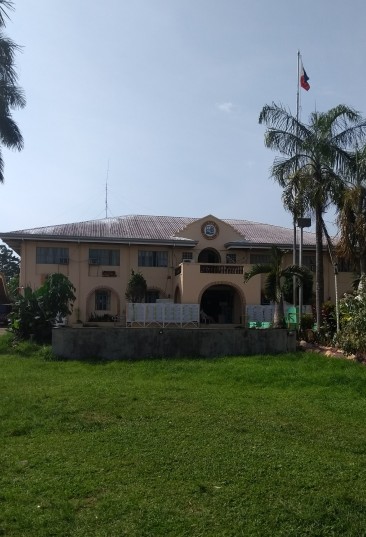 Then off we went to one of Biliran’s famous natural attractions, arriving at the top of a long set of stairs…

…and heading down to the welcome sign for Tinago Falls in the municipality of Caibiran. 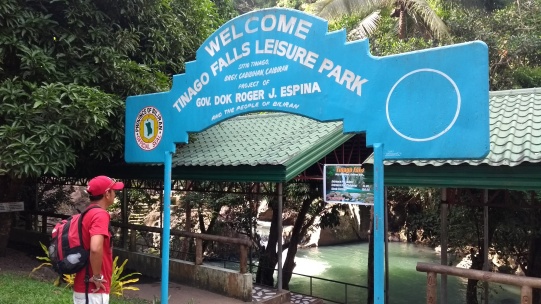 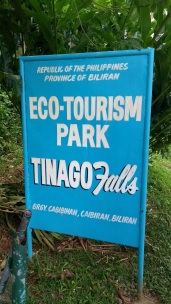 Jethro started to get really excited! 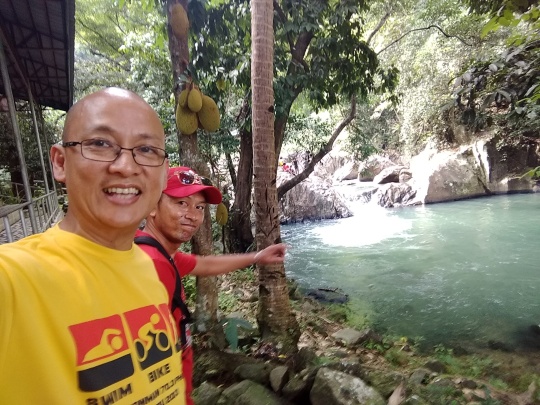 I was in awe to see the sun’s rays adding to the grandeur of Tinago Falls.

So we got ready to hop in and enjoy the cool waters of the plunge pool at the bottom of the waterfall.

And enjoy we did… 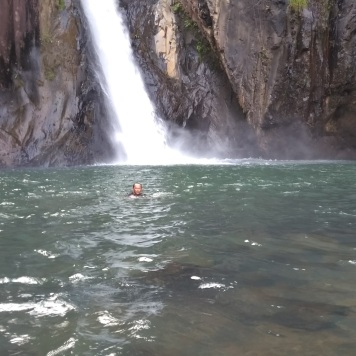 …nothing like the refreshing waters coming from a waterfall. 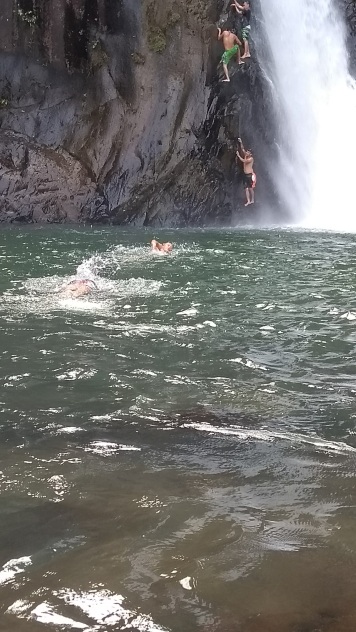 From here, we hurried straight to the rice terraces in Caucab in the municipality of Almeria, passing through amazing rice fields and small mountains…

I always thought that rice terraces existed only in the Cordillera Mountains of Luzon. So happy to see then, just before dark, a small portion of the Caucab Rice Terraces in this Visayan island of Biliran.

After a quick dinner back in Naval at nightfall, we headed back to Jethro’s place in Ormoc City passing through Biliran Bridge once again. There wasn’t a glimpse of any other vehicle…

I gotta get back to this province another time to chase more Biliran waterfalls… and to go further out hopping along the tinier islands of Biliran Province.

Welcome to the South!

LegendHarry
Fit and Over Fifty