Decorative shells, from which this province is named after, are used in windows in traditional Philippine homes and buildings, and the Provincial Capitol in Capiz is aptly endowed with capiz shells that come from molluscs abundant in muddy or sandy shores surrounding the province. 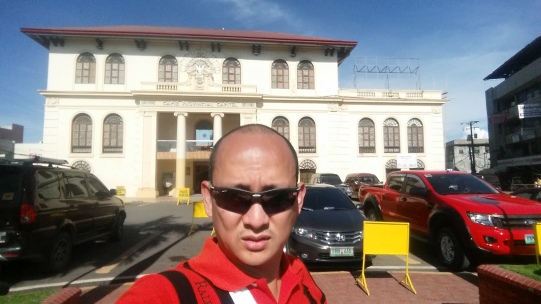 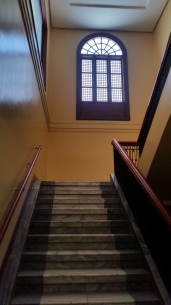 I was indeed nostalgic about the Philippines of yesteryears from these capiz window panes. But to my surprise, my day trip to Capiz Province in August 2016 had a lot more to offer. There was a definite buzz in this province, particularly in its capital Roxas City. 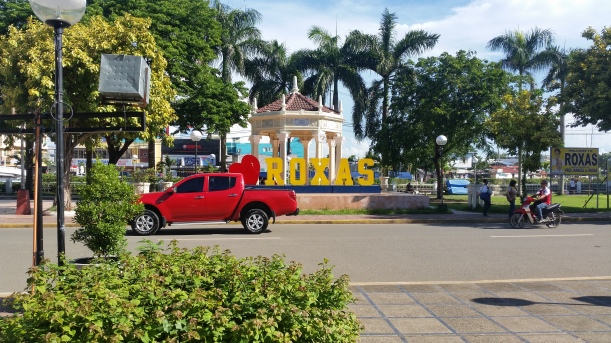 My travel buddy Rommel and I felt a strong sense of development among the locals. There is, for example, a newly built huge Robinsons mall where people are enjoying urban life without the horrendous traffic found in the metropolitan cities of Manila, Cebu and Davao. 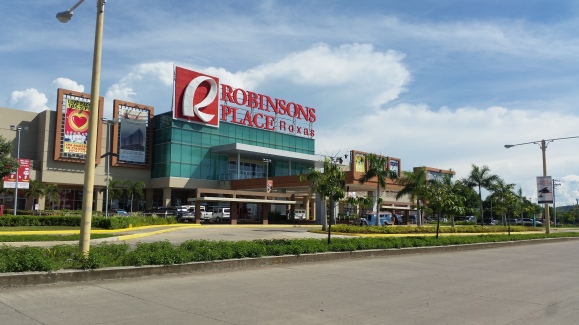 But if you’re really more of a history buff (like Rommel), have a look at this church of Santa Monica. It was built in 1884 after an earlier church built in 1774 was severely damaged by a typhoon in 1875. 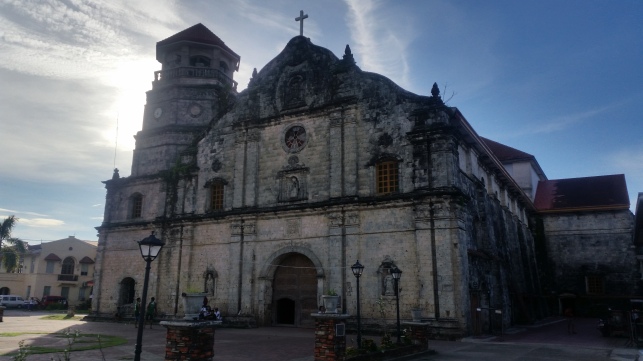 There was an old arch, an old well, and an old bell… 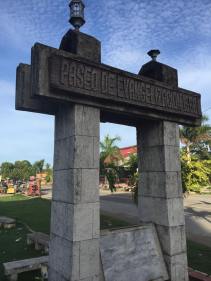 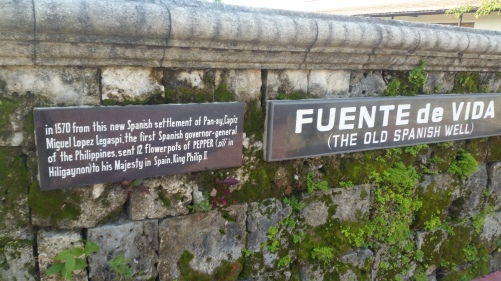 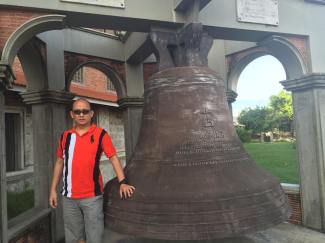 There was an eerie feeling… it was dark inside but this image shows definite clarity and brightness even if we did not use flash photography. 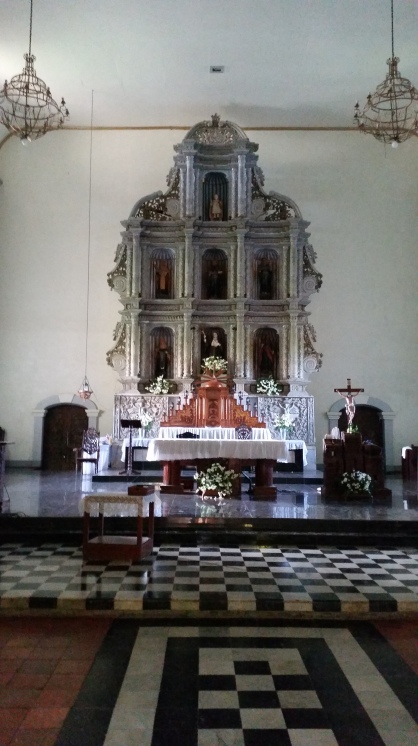 It was great to see Filipino school students providing contrast to this historical church with their youthful innocence wearing their school uniform. And of course, there were kids playing basketball in a small court adjacent to the church. 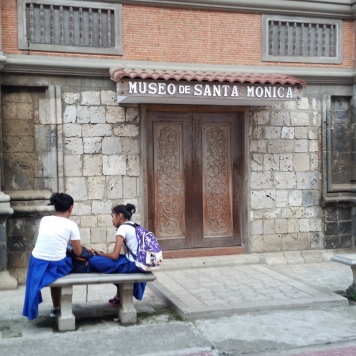 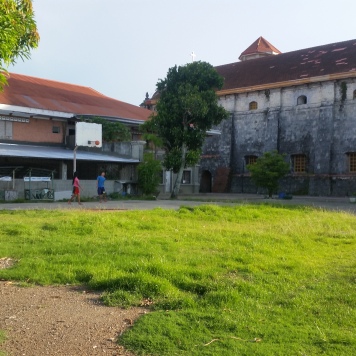 Another church that caught our eyes was the Cathedral of the Immaculate Conception facing the central rotunda fountain in Roxas City. This cathedral was in the vicinity of the Provincial Capitol and the City Hall of Roxas. 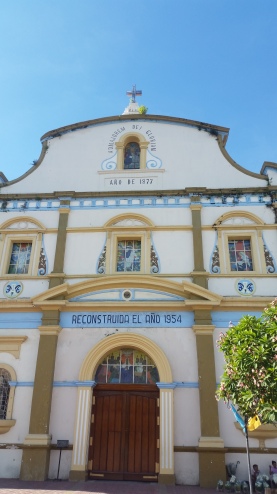 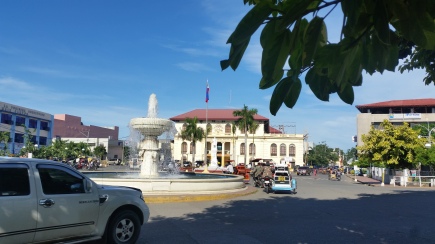 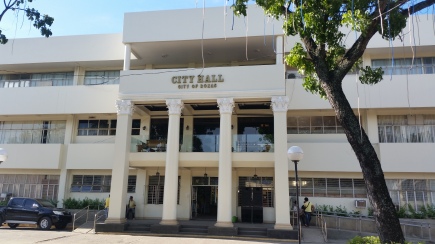 But then of course, because Capiz includes a portion of Panay Island coast, we had to see the oceanside establishments. We found People’s Park north of Roxas City where a couple of islands are clearly visible. From here, one could catch a boat to Olutayan Island for famous fresh seafood. (We did not get a chance to go.) Here is the triathlete Rommel, and the ocean that he loves. 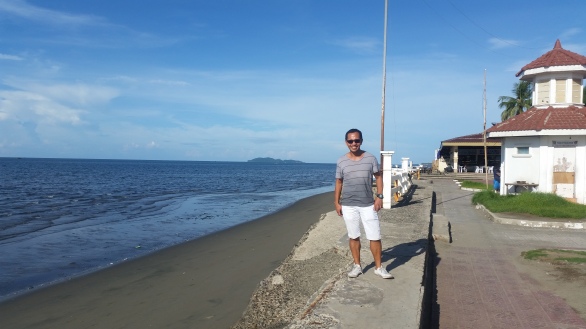 We saw and experienced so much in Capiz in one day before heading back to Aklan to continue with our Panay Island adventure. I wonder how much better it would be if we toured Capiz Province for several days.