My first and most important journey to Cebu Province was in 1994. Through God’s amazing plan, that was when I first met my wife Yvnil through the Singles for Christ (SFC) community in Cebu City.

We were introduced by our SFC brother Jonah who I met back in Sydney. Here is a photo of my lovely wife a couple of years before I met her. Did you really want to become a model for Tanduay Rum honey?

We got married also in Cebu at the Sacred Heart Parish in 1996. 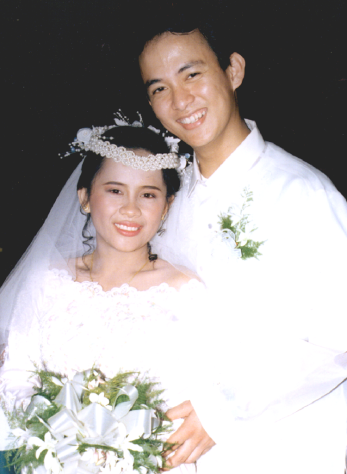 Yvnil hails from Barangay Apas in a once quiet neighbourhood next to Camp Lapu-lapu. Bush, shrubs and soil back in 1995… but it is now well and truly developed.

It’s great, however, that bayanihan (communal unity) is still very much alive and well in this hilly part of Cebu City. I witnessed almost the whole barangay being transported in these buses to attend the funeral mass for my mother-in-law Mama Ising in January 2016. 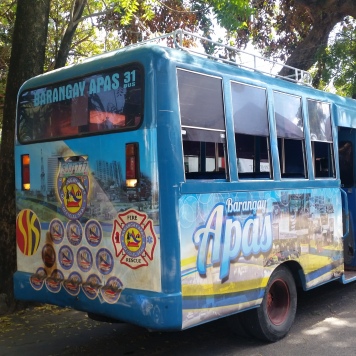 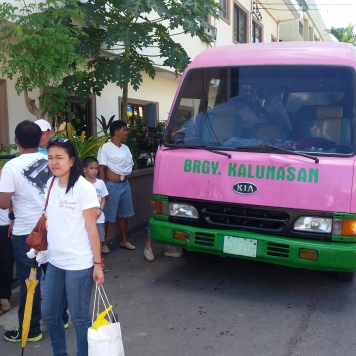 Well, Mama Ising is like the matriarch of this barangay. She has cared for the people here for decades in more ways than one. Here are evolution photos of me and my mother-in-law somewhere in Cebu City. 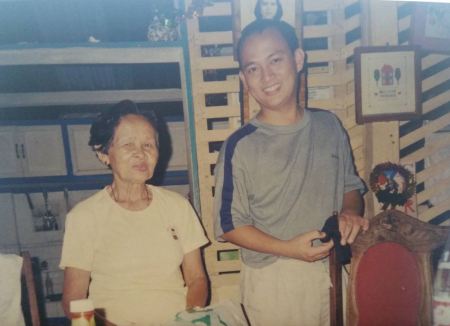 What about evolution photos of Yvnil and Mama Ising… 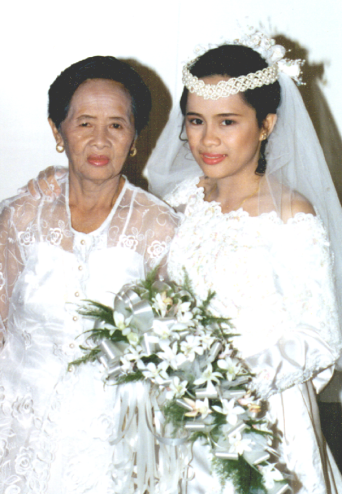 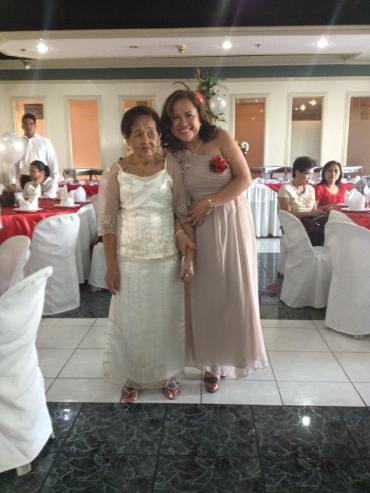 Cebu is famous for being the place where the Portugese explorer Ferdinand Magellan planted a wooden cross as the seed of Christianity. The original cross is housed in a chapel in the centre of Cebu City. Here is my Mum, sister, brother-in-law and baby nephew in the chapel when they first met Yvnil in 1995. 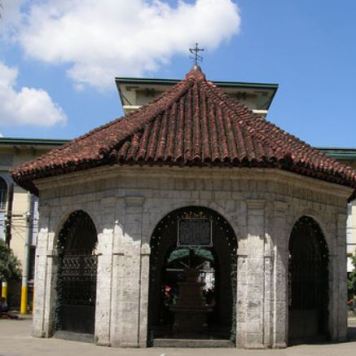 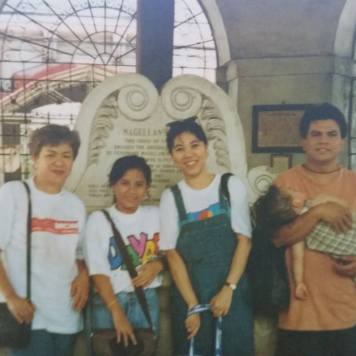 Next to Magellan’s Cross chapel is the famous Basilica Minore del Santo Niño where the oldest Christian relic in the Philippines, the Santo Niño, is kept. It was given by Magellan to Lady Humamay in 1521. Pilgrims all over the world come here to venerate the miraculous icon of the Holy Child Jesus. 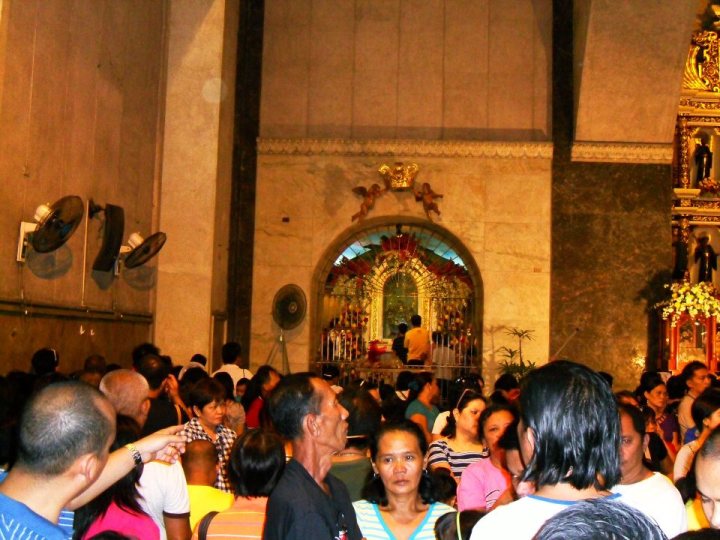 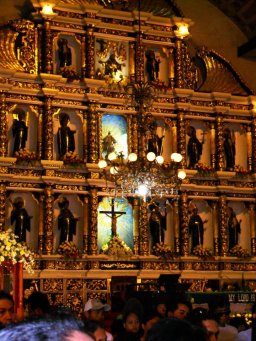 Indeed, the feast of the Sto Niño is celebrated in Cebu City every third Sunday of the year in a grand street parade called Sinulog. We were part of the celebrations in 2012 with Compostela Mayor Ritchie Wagas and my High School classmate Bong who joined us from Manila. 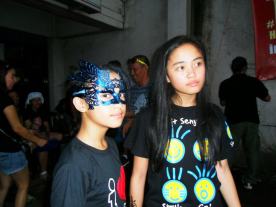 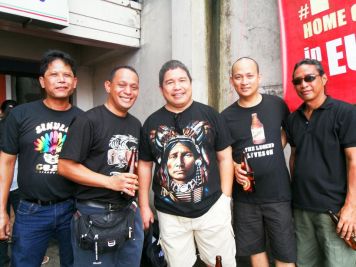 And we also did a zipline adventure with Bong that year. 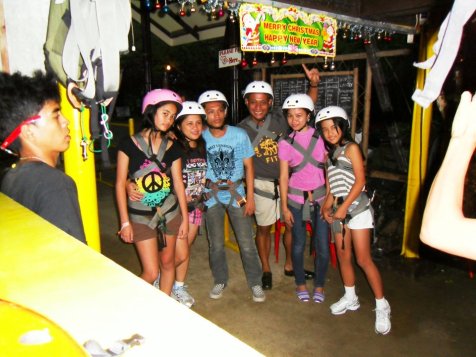 Going back to Magellan… he was welcomed in Cebu but his fate in nearby Mactan Island was different. He ultimately faced death in the hands of Lapu-lapu and his men. Bong and I visited, also in 2012, the famous Mactan Shrine that honors Lapu-lapu as the first Filipino who resisted Spanish occupation of the islands. 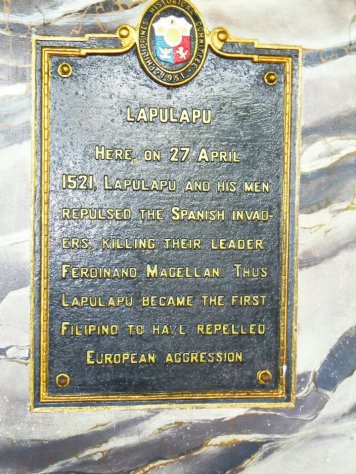 And I keep on visiting this shrine… such as when I participated in Cebu’s Ironman 70.3 triathlon in 2013. 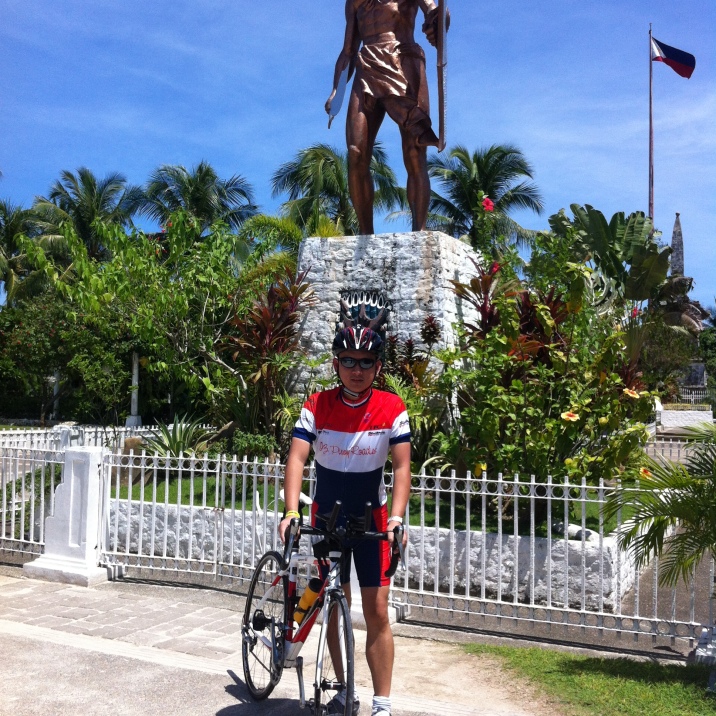 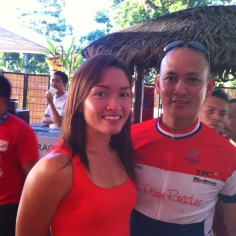 I was glad I finished this gruelling event considering Philippine heat and humidity. 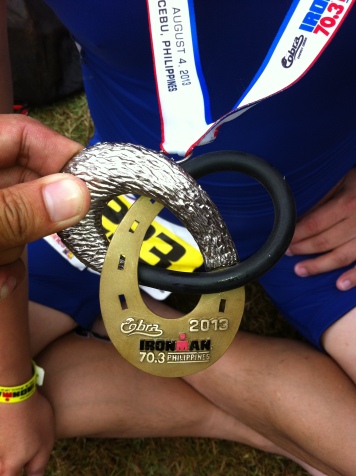 Thanks to my cousin Ricky from Manila and Yvnil’s nephew Jetro from Ormoc for supporting me as my sidekicks. You guys rock! 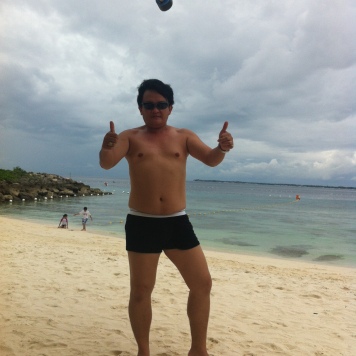 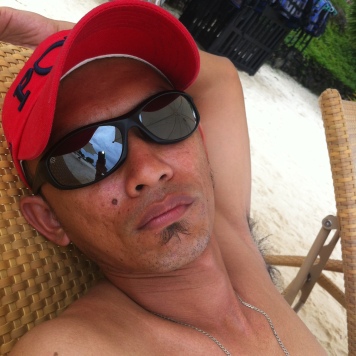 Another great family experience that we’ve had is a visit to Cebu Zoo to celebrate Yvnil’s high school reunion in 2012. The zoo is run by her high school classmate Giovanni. I finally had the courage to hold a snake rather than mere patting. Thanks to my daughter Hannah who inspired me as she handled the snake so bravely. 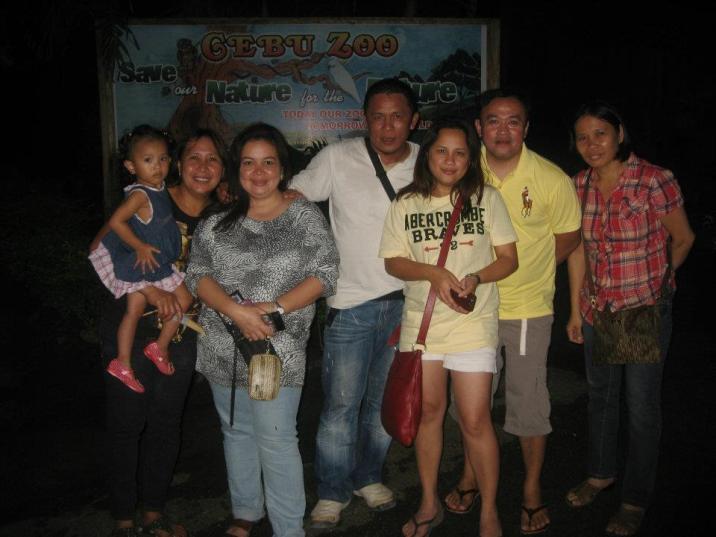 Cebu Province has a lot more to offer. Yvnil had already gone for a swim with the famous whale sharks in Oslob along with her nieces from Cebu City.

And with Cebu City being the hub of Central Visayas, this is the international gateway to other famous Visayan Islands such as Bohol and Panay.  And in case you thought I will never mention food… Cebu lechon is simply the best roast pork in the world.

Welcome to the South!

LegendHarry
Fit and Over Fifty